The province of Bocas del Toro was created in 1903 and now has a population of 170,000 residents, this region is characterized by the abundance of nature, beaches with warm crystal clear water, and Caribbean culture. Its territory is continental and insular and the capital is the city of Bocas del Toro located on Isla Colón. 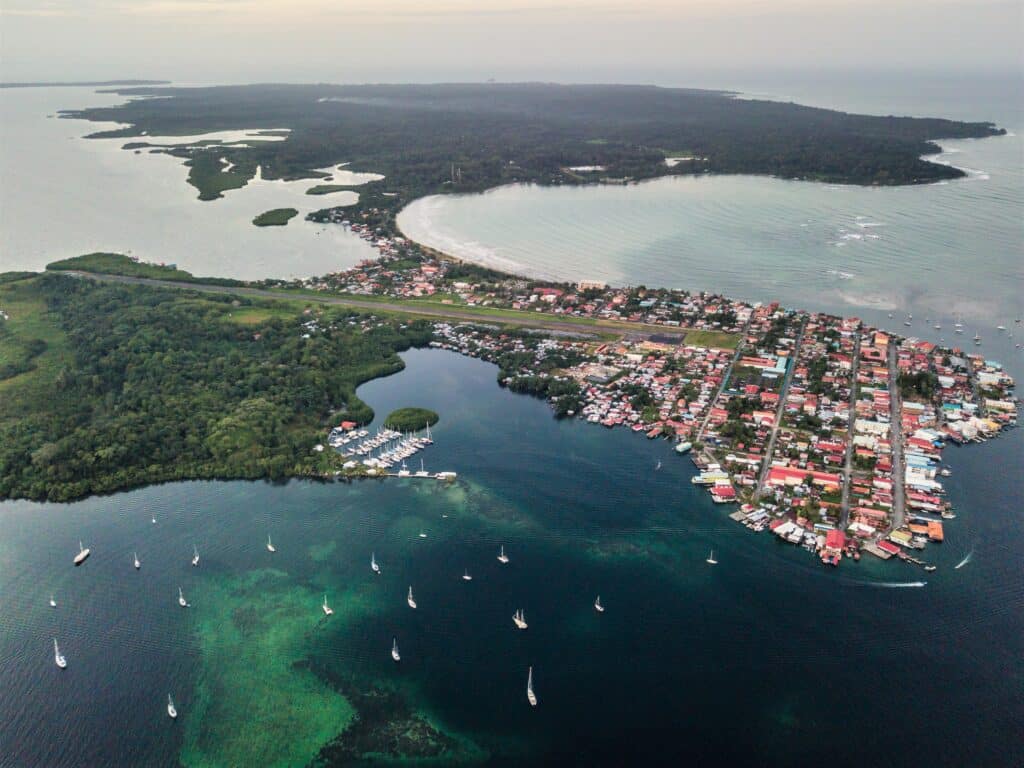 Admiral Christopher Columbus, on October 6, 1502, was the first European to reach this territory, on his fourth and last trip to America. English, American, German navigators, and Jamaican missionaries all stopped at the islands in later centuries, choosing this region for trade and as a new place to live.

By 1820, fishermen from neighboring countries such as Colombia and Nicaragua settled on Bastimentos Island. By the year 1855, immigrants from the Antilles settled in Bocas del Toro taking advantage of the construction of the Panama Railroad. The development of the Bahía de Almirante and the Laguna de Chiriquí occurred in 1880 when banana crops began.

Then events were happening that marked the development of the islands, in 1904 the construction of the Municipal Palace Building for administrative management and the central park began, and both remain in force today. The Afro-Antillean culture fused with the indigenous and the migratory currents gave Bocas a great diversity in customs, gastronomy, music, and dances.

There are several versions of the origin of the name Bocas del Toro. There are different opinions that refer to its discoverer Christopher Columbus. Apparently in his first expeditions through the islands, he would have visualized several waterfalls that had a shape similar to the mouth of a bull.

On the other hand, history also mentions that on Bastimentos Island, Columbus would have seen a large rock in the shape of a lying bull, which can still be seen today. In addition, the immense waves that hit this giant rock, of volcanic origin, cause a sound similar to the bellowing of a bull. The latter would have helped provide inspiration for such a peculiar name.

The other version that circulates about the curious name of these fascinating islands has nothing to do with their discoverer, it refers to the last indigenous chief of the region who was known as “Boka Toro”.
The truth is that regardless of the origin of its name, this great province with its paradisiacal islands has become a very popular destination in the Caribbean in the last few years.

We hope to see you soon in Bocas. If you have any questions or need more information, write to us at info@diversparadise.com and we will gladly answer your query.

To make your reservation or check availability and rates, you can click here.